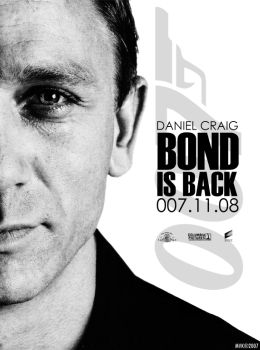 Are you excited for the newest installment of the classic James Bond action series? Pumped to watch the suave Englishman dodge bullets, uncover truth and seduce a beautiful woman? If you are a fan of both James Bond and Panama, you’ll be in luck this coming November. The newest installment of the high octane adventure movie, Quantum of Solace, starring Daniel Craig as Bond takes place in Austria, Italy and South America. However, the “South America” scenes in the movie were actually shot in Panama. Rumor has it the streets of Panama City will double for a city in Bolivia in the film.

END_OF_DOCUMENT_TOKEN_TO_BE_REPLACED 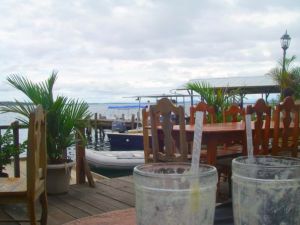 With its breezy beaches, clear turquoise water and lush green hillsides, Panama is the idyllic location to celebrate life with a cocktail. From the national drink of seco con leche to tropical creations and Caribbean inspired drinks, there are plenty of ways to drink up in honor of the isthmus nation. If you can’t actually make it to Panama, you can always mix-up a Panamanian inspired cocktail at home and drink enough to at least pretend you’re relaxing on a Caribbean beach. Or, impress your friends with your worldliness at your next party and offer a Panamanian inspired bar menu.

Pina Colada: If you like dancing in the rain, you’ll probably enjoy this fruity, tropical drink. It can be found all over Panama and when made with fresh pineapple is truly delicious. The cocktail mixes ice, rum, coconut cream and pineapple juice. If this drink alone doesn’t transport you to the tropics, jazz up the glass with little umbrella and put on your bikini.

Seco Con Leche: Seco is a traditional distilled liquor made from sugar cane juice. The cheap 80 proof liqueur is the national drink. The most traditional (though admittedly not most delicious) way to drink is seco is mixed con leche, or with milk.

END_OF_DOCUMENT_TOKEN_TO_BE_REPLACED 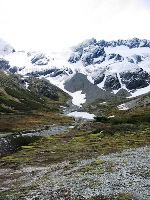 Located really close to Ushuaia, Martial Glacier provides the views of a lifetime. You need a bit of stamina to tackle the hike, but in the end, it’s surely worth it.

How to get to Martial Glacier

Follow the national route 3 about 7 km out of the town of Ushuaia. The road is paved and signaled. Once arrived at the base of the mountain, there’s a ski slope. Take the ski lift up the slope and now you can see the glacier on one side and the Beagle Channel on the other. If you want to get closer to the glacier, you need to hike for another 2 km.

END_OF_DOCUMENT_TOKEN_TO_BE_REPLACED 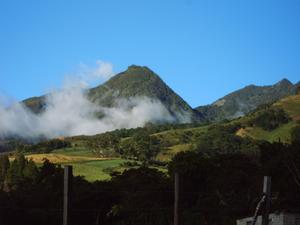 When my oldest childhood friend and I decided to go to Panama, we knew that we had to hike its tallest mountain. Being from Colorado, where 14,000 foot peaks seem to be everywhere, we felt pretty confident that we could conquer Panama’s highest mountain, which stands at just over 11,000 feet. However, as we set out in the dark on our trek up the volcano that early morning, we did not fully anticipate the difficulty of actually reaching the top and coming back down in one day.

END_OF_DOCUMENT_TOKEN_TO_BE_REPLACED 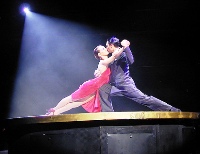 The beginnings of Argentine Tango can be traced to the working class port neighborhoods of Buenos Aires. For this reason, tango is also referred to as the music of the immigrants to Argentina. One of the most popular “origin stories” has it that tango came from the Niger Congo languages of Africa.

The dance itself derives from the Spanish habanera, the Uruguayan milonga and candombe and also contains elements from the African dances practiced by the community in Buenos Aires. The music is a fusion of styles from Europe.

END_OF_DOCUMENT_TOKEN_TO_BE_REPLACED 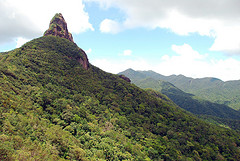 Over the last decade or so, Honduras has been focusing its efforts one eco tourism. Maybe they are just jumping on the bandwagon that made Costa Rica so popular, or maybe they just trying to make a buck. Either way, a number of extremely beautiful preserves and parks have been popping up all over the country. One such park is the Rio Platano Biosphere Reserve.

END_OF_DOCUMENT_TOKEN_TO_BE_REPLACED 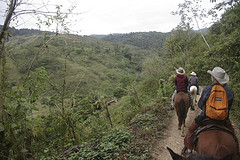 There are plenty of cheap places to stay in Honduras and just as many tours and activities to do. But, for less than the cost of mid-priced hotel, you can get a truly amazing experience and the accommodations for it! A small farm by the name of Finca El Cisne offers a glimpse into life of a not so distant Honduras.

END_OF_DOCUMENT_TOKEN_TO_BE_REPLACED 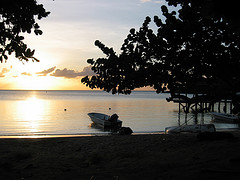 Taxis very all over the country very in shape, style, and sheer number depending on where you are. In the Bay Islands for example, you wont find taxis on every island, only the big ones. Rotan, of course being the only big one. Places like Guanaja on the other hand, don’t have many cars, let alone a taxi system. Below are some tips for catching a taxi on the island of Rotan.

END_OF_DOCUMENT_TOKEN_TO_BE_REPLACED 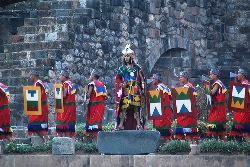 There are about 3,000 festivals celebrated each year in Peru. Most of them celebrate the day of saint patron. The festivities mix both the Christians and Andean religions, creating a very colorful and mysterious event. Especially in the traditional villages in the mountains there are several traditional celebrations related to ancient myths.

Most important festivals in Peru

This is one of the most important celebrations dedicated to the Sun. The Sun was a very important God in the Inca culture. The main part of the festival takes part at the Ruins of Sacsahuama (located at just 2 km/1.2 miles from Cusco)

END_OF_DOCUMENT_TOKEN_TO_BE_REPLACED 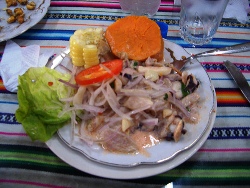 Gastronomy has always been a huge part of the Peruvian lifestyle. In 2006, Lima (Peru’s capital) was declared “Gastronomical Capital of Latin America” which makes eating here even more interesting and the cuisine more appreciated.

Ceviche is a form of citrus-marinated sea-food salad, very popular in most of the Latin American countries.