I was born and raised in Los Angeles, and even though I often find the place quite frustrating, I always tell anyone who’ll listen that it’s a city that you just have to see with your own eyes at least once to be taken seriously as a “traveler.” I’ve met quite a few people who say that they “just aren’t interested in Los Angeles” and I don’t believe that for a minute, though I do see why people might not love the place. Still, it’s a great idea to combine a few side trips with your LA visit to get the most out of the whole holiday, so here are some recommendations. 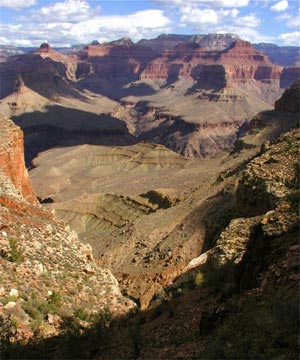 If you are coming from across the country or across an ocean to get here, you should definitely consider adding this to your itinerary, at least for a couple of days. You could drive all the way there, but it’ll take you at least 8 hours on the road, and it’s actually not very scenic on the way. A better idea is to look into flights to Phoenix, which tend to be very cheap. You can rent a car there, usually for less than you’ll pay in Los Angeles, and then it’s about a 3-hour drive that is actually quite nice.

There are plenty of Grand Canyon hotels from which to choose, but especially during summer those are going to be very expensive. I recommend spending one night at one of those hotels so you have two days to experience the national park surrounding the canyon, but before and after I’d recommend checking out one of the cheap hotels in Phoenix. Prices there are usually much less than in Los Angeles or the Grand Canyon, especially during summer. I’ve lived in Phoenix for about 5 years as well and there is plenty to do, though the summer heat will get to you after a few days.

If you’ve spent a few days in Los Angeles already then San Diego won’t feel like a shock. I’ve spent plenty of time there and it’s pretty much exactly the same place, but with fewer crowds and generally more of a laid-back atmosphere. There are plenty of nice beaches there, but really no better than some of those you’ll find in Los Angeles. It’s just generally a nice and large city by the beach, and perhaps the most interesting thing for travelers from far away is that you can drive about 20 miles south and you’ll be nearing Tijuana, Mexico. Locals will tell you that it’s better to park on the US side (to avoid insurance issues plus a few other difficulties) and then walk across the border since Tijuana is right there.

If you are coming from far away you might just look for flights to San Diego instead of Los Angeles. It’s usually a bit more expensive, but the airport is smaller and nicer, and if you are visiting anyway it’s often worth a bit more money. Don’t fly from Los Angeles though. The flights are expensive and will take longer than taking the train or driving anyway.

About 90 miles up the coast from Los Angeles you’ll come to one of the nicest cities on the West Coast. Santa Barbara has great beaches and a lovely downtown that is filled with excellent restaurants and surprisingly good nightlife considering the place is mostly filled with the idle rich. There is a big university just north of town, so the college kids need places to go, and the downtown area accommodates them nicely.

There are plenty of really nice and really expensive hotels in Santa Barbara, but there are also a handful of cheaper places on or near State Street, which is the main street that connects the lovely pier with the downtown area.

You might also just consider Santa Barbara as a day trip, since it usually takes less than two hours each way by car, as long as you don’t go on a Friday afternoon or try to come back on a Sunday evening.

I was quite surprised to learn that up until recently, magic mushrooms had been legal in the UK. Magic mushrooms are the name given for the collection of different fungi that are imbibed for by a user in order to have a psychedelic experience. As far as I know, magic mushrooms have been classified as dangerous (or class A) drugs in most Western countries (bar Holland of course) for some time. A self-professed “friend of the fungi”, I was happy to learn that there remain legal ways of sourcing and enjoying fresh local fungi. Like the author says, you will always see something interesting in the Scottish countryside even if you don’t find any mushrooms. Makes you wonder if he’d been eating a few too many…