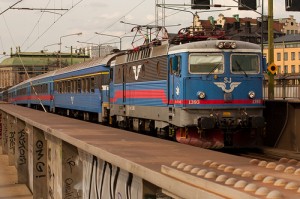 Gothenburg is the second largest city in Sweden, a university city which offers plenty of museums , an interesting hilltop fortification , historical buildings and parks.

Stockholm is the capital of Sweden and a major transportation hub. It’s scenic, located on 14 islands and offers plenty of things to do and see.

If you cannot score a cheap high speed train ticket – either by booking in advance or by getting a student/youngster discount – then the buses and regional trains are the best options. Airfare is not very high either, but you also need to take into account the transfer to/from the airport.

Flights from Gothenburg (airport code: GOT) to Stockholm

Gothenburg is served by two airports, but Landvetter Airport (GOT) is the main airport and the one operating flights to/from Stockholm. It is located 25 km from the city center, to which it’s connected by bus. It is hub for the following airlines: City Airline, Scandjet and TUIfly Nordic.

Stockholm is served by four airports but only two operate flights to/from Gothenburg:

In mid-July 2012, expect to pay from €31 one way on Norwegian Air Shuttle, flying between Stockholm Arlanda and Landvetter Airport. The travel time is 55 min. A return flight during the same time of the year starts at €61 on the same airline. By mid-October 2012, expect to pay from €42 one way (same route). Remember that when you fly low-cost carriers, it’s cheaper to buy the ticket 4 to 8 weeks before departure.

Trains from Gothenburg to Stockholm

On the way back, the single fare on the high speed train can cost as little as 145 SEK / €16.16 (because you are booking in advance) and do depend on the time of the day when you travel. The first high speed train departs Gothenburg at 5:07 a.m. daily.

Note: Remember to run the search between Göteborg and Stockholm (although when you type the name in English, the site automatically writes it in Swedish)

Buses from Gothenburg to Stockholm

Driving from Gothenburg to Stockholm

You can certainly rent a car and drive the 471 km (shortest route) between Gothenburg and Stockholm. The travel time is about 5 h 10 min on Route 40 and E4. There’s a slightly longer route on E20, which takes about 5h 45 min. 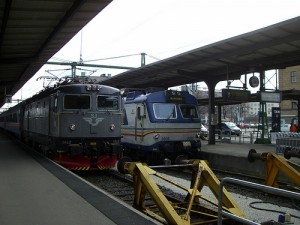 Copenhagen is the capital of Denmark, a city well known for its cultural life and entertainment options. The shopping is not bad either. Plus, there are interesting museums to visit and you can even spend time at the beach.

Gothenburg is the second largest city in Sweden , offering plenty of things to do and see. Make sure to visit the Skansen Kronan (Crown Keep), which is hilltop fortification, and step by the Fish Market, too. There are plenty of museums to keep you busy and of course, some interesting churches , too.

The cheapest option to get between Copenhagen and Gothenburg is the bus. Fares start at €24.30 one way and the travel time is about 4 ½ h. Slightly more expensive option – from €46.40 one way on the direct train – is the train, but there are trains departing by the hour between 6 a.m. / 5 a.m. and 8 p.m. daily.

Flights from Copenhagen to Gothenburg

Copenhagen is served by Kastrup Airport (CPH) , the main international airport serving the capital. It is located just 8 km from the city center and is hub for the following airlines: Blue1, Jettime, Norwegian Air Shuttle, Novair, Primera Air, Scandinavian Airlines, Thomas Cook Airlines Scandinavia, TUIfly Nordic, Copenhagen Air Taxi and Star Air. The easiest way to get from the city center to the airport is by train.

Gothenburg is served by two airports, but only Landvetter Airport (GOT) operates flights to/from Copenhagen. It is the second largest airport in Sweden , located 20 km from the city and is hub for the following airlines: City Airline, Scandjet and TUIfly Nordic.

Scandinavian Airlines is the only airline operating flights between Copenhagen and Gothenburg. The flight time is 45 min. If you plan to fly by the end of June 2012, expect to pay from €80 one way. A return flight starts at €154 during the same period. The fares remain the same during the year.

Trains from Copenhagen to Gothenburg

Buses from Copenhagen to Gothenburg

Driving from Copenhagen to Gothenburg

You can rent a car and drive the 317 km between Copenhagen and Gothenburg. Both countries are part of the European Union and Schegen area, so there shouldn’t be a problem taking the rental car across the border. Still, it’s a good idea to ask the rental company about it. 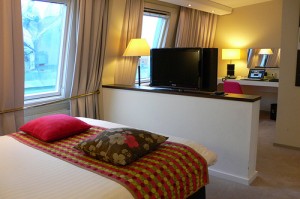 Gothenburg (Swedish: Göteborg) is the second largest city in Sweden , known for its friendliness towards visitors. The city offers a lot of things to do, so choosing the hotel depends on what you plan to do and the budget you have for the trip.

The best area for you to stay in Gothenburg depends on what you want to do here and what your travel style is. Örgryte is the upscale residential area , close to the city center, with some places of interest, such as The Palace of Dickson and the Örgryte old church. Eriksberg is a modern neighborhood, close to the water. Other interesting areas are Sannegårds Hamnen and Mariaplan.

The 2-star hotel is located close to the main pedestrian street Avenyn. The rooms have TV, phones and radios. Guests can choose between shared and private bathrooms. In mid-June 2012, expect to pay 1095 SEK / €122 per night in a small double room, breakfast included.

The 2-star hotel is also close to the main pedestrian street. Valand Tram Stop and Gothenburg Central Station are very close, too. Each room has TV, fridge, ironing facilities and free wi-fi. In mid-June 2012, expect to pay 1100 SEK / €122.50 per night for a double or twin room.

The 3-star hotel is located close to the Chapmans Torg Tram Stop and Gothenburg’s Ferry Terminal. There’s a rooftop terrace available for the guests and free wi-fi. All rooms have flat screen TV and desk. The guests can use the gym and sauna. In mid-June 2012, expect to pay 995 SEK / €111 per night in a small double room with breakfast included.

Search this map to find cheap hotels in Gothenburg, or find even more hotel options by searching with the widget above.