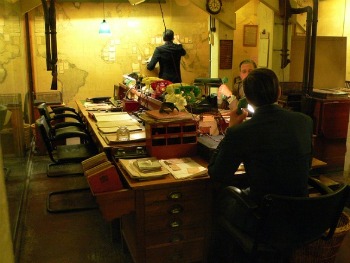 One of the biggest draws for visitors to England is the living history found throughout the country. From the mysterious pillars of Stonehenge  to the famous hands of Big Ben, the sights of England are those right out of our history books.  When it comes to World War II, England offers even more for the history buff.

Though the fighting of World War II took place all over Western Europe, for those with a keen interest in the war, England is a perfect base for seeing many of the most important sights. There are nearly a dozen important World War II sights in England and France so if you can stretch your trip to both countries with a eurail pass, you can see even more.

Check out the Churchill War Rooms in London and the sober Battle of Britain Memorial in Kent and then head over to France for a trip to the battle-scarred beaches of Normandy and the small town of Sainte-Mère-Église, where it is said that a soldier’s parachute became hooked on the town church, and he survived the battle by hanging there pretending to be dead as the fighting went on below.

Once you’ve had your fill of history for the trip, take in some of the more lighthearted activities in the area. There are plenty of things to do in Normandy, for example. Visit the beautiful Mont St. Michel, tour Monet’s gardens, and make your way along the cider route. Though the ugly past of World War II still haunts much of England and France, the present couldn’t be more beautiful.